The Bucciolini Palace, historical building in the heart of Florence, quiet and elegant, for most painted with frescoes of the ‘700  is located in one of the most beautiful location of the historic center.

In the historical center of Florence

The ‘Bucciolini Palace’, which takes its name from the family, owner of the ‘Palace Bucciolini already Pitti’, was bought it in the mid-nineteenth century, when Florence was the capital of Italy. In the entrance hallway, in the center of the vault and on the gate, there is the family crest.

In the second half of 1800, the Bucciolini were a family of notaries, but they also had their own glassware in the center of Florence, the birthplace of the invention of photo printing on glass. One day, for an error in an order of the raw material to work the glass, they received a huge amount of silicon compared to their actual needs. The family had to meet with the payment, and they heavily got into debt.

At that time the Napoleonic wars began, and the borders between countries were closed. For this reason the price of silicon tremendously increased and the Bucciolini family sold its stocks. With the money earned, they could buy the Palazzo and also an estate, nowadays used as a Farmhouse (www.lapresura.it), in the Chianti Classico region, and they began also the farming activities, whose keys are passion and dedication in producing wine since 1849 until today.

The frescoes of the Palazzo date from the middle of the ‘700. As in many Historical Buildings is not present the lift, but there are 22 steps to climb to the apartments.

The street where it is located, Via delle Caldaie, owes its name to the boilers of the Wool Guild that werenumerous in the area of ​​Oltrarno and which were used to heat the pools to make the dying of cloth. 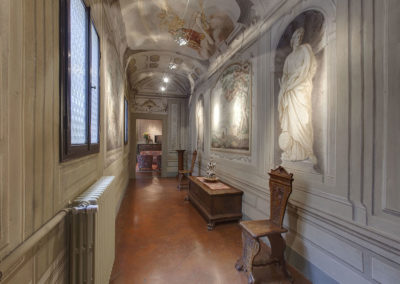 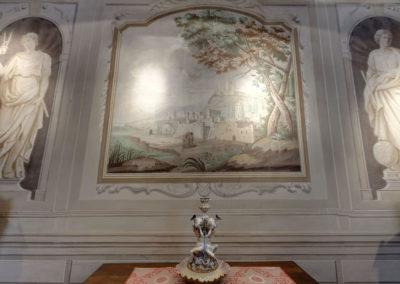 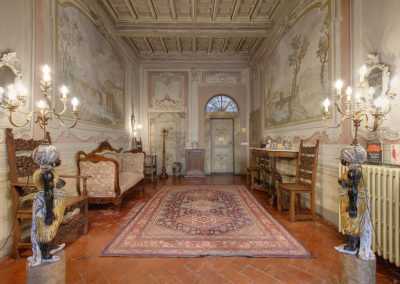 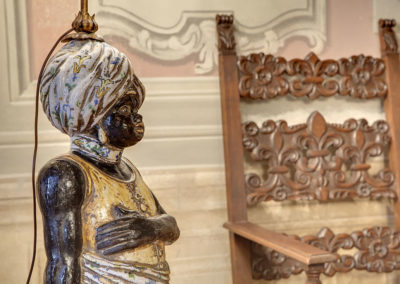 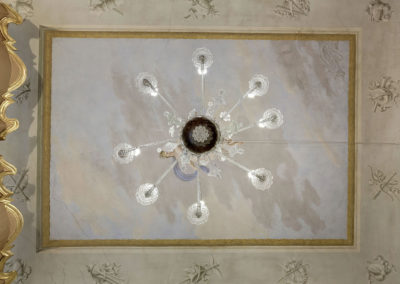 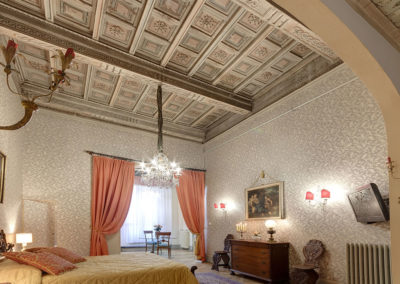 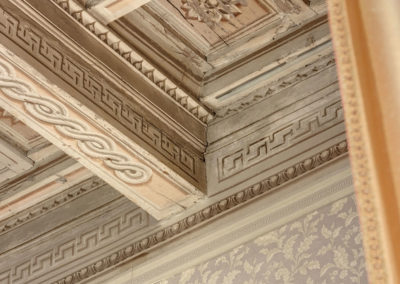